Thanks to Native for sponsoring this video! Save 33% on your first Native Deodorant Pack - normally $36, but you’ll get it for $24. Use my code, ADAMRAGUSEA → bit.ly/nativeadamragusea
***RECIPE***
By weight, 4 part eggs to 1 part oil (or melted butter), 1 part milk, 1 part cake flour, 1 part sugar. (A large egg minus its shell is generally ~50 grams.) Additionally, 1/2-1g salt per egg, vanilla (or some other extract), cream of tarter (~1g for every four eggs), 1/10th the weight of the flour in corn starch (optional).
Make one egg's worth of batter for every 22 inches (360 cm) of pan volume (sorry I said “area” in the vid and gave the wrong cm figure!), where volume is width x length x height.
You'll need big pan and an even bigger pan you can nest it into. With the pans nested, pour enough water into the bigger pan to come at least halfway up the sides of the smaller pan. Take the smaller pan out, and put the bigger pan (with the water) into your oven. Start the oven heating to 325 F (160 C) - no convection fan, unless you prefer a dry, cracked top. (If using convection, probably lower the heat to 300 F, 150C.)
Coat all interior sides of the smaller pan with parchment paper. Leave enough excess that you can grab to sling the cake out when it's done.
Separate all the eggs into two large bowls. Into the bowl with the yolks, put the oil (or melted butter), milk, flour, salt, cornstarch (if using - it makes the interior crumb finer), and a big glug of vanilla or any extract you're using. Weigh out the sugar in a separate bowl - I like to use a little more than 1 part sugar, but all of these proportions can be altered to various effects.
Put the cream of tarter into the egg whites and beat them until they're very fluffy. Beat in the sugar in a couple installments until you have medium peaks - or stiff peaks if you want an even puffier cake, though that will likely result in a cracked top. Beat the yolk mixture until smooth. Gradually combine the white mixture and the yolk mixture until homogenous.
Pour the batter into the parchment-lined cake pan, and drop the pan into the water bath in the oven. (Don't worry if it splashes - steam is good for cakes.) Bake until a skewer to the center comes out clean - probably at least an hour, though it will depend on the size.
When the cake is done, use the parchment as a sling to lift it out before slicing with the longest knife you have.

Hey, I obviously meant pan VOLUME, not pan AREA. Text on screen should be in^3 (cm^3). Also 22 cubed inches = 360 cubed cm, not 53 as indicated on screen. It’s fixed in the description. Math may be our friend, but I have never been a friend to it. Sorry!

Thank you I enjoyed this every much

@radu bradu whos the one who replied to his comment first then?

@fish liar ur Not

This is the cornbread at home

Not gonna lie.... When he said Malaysia I was really happy

You had me all the way till 'it taste like farts'.

He made what Charlie d’amelio dreams about having 😱😱

How do know the tast of farts?

Why didnt you use butter?

He also said lets beat this than dosent beat it

Isn't that just a sponge cake

I've been a pastry chef for the last 20 years and believe me when i say this guy has no clue, he talks a lot of shit and its convincing but he has no clue. it doesn't even jiggle that much

I saw the thumbnail and thought it was styrofoam

The temptation is too much

Send me a peice in the mail please...

Native stains the armpit of shirts. My dad wasn't happy. We use Lumi now.

this cake is mostly air... well thank you, im not interested anymore :D i don't want no african recipes :D

I love how smooth the transition to the ad was

the smells remind me of CoCKtails 4:06

Pffhahaha from japan... These americans

I could never eat this cake because anxiety would whisper in my ear: “That’s probably undercooked. You’ll puke. Don’t eat it, it’s dangerous. You don’t want to puke, right? So don’t eat it. It looks delicious, but it’s wiggly, so it’s undercooked. Don’t do it. This is what refrains me from eating a lot of things. Anxiety, leave me alone.

Is wax paper the same as parchment?

show me how it jiggle

Listening him speak and breathe makes me feel like I'm drowning

Only here for my Waba waba waba Fix for the day...

in portugal we have "pão de ló" aswell

This was actually originated from China.

The title is sus

Not gonna lie, this dude could totally do some voice acting work. He's got one of those voices.

"As big as a toddler bed" Americans really use every measurement to avoid metric.

@Matthew Conrad because it kind of is

I don't get why you thought this was funny

Why am i watching cooking videos I'm so freaking hungry

You can simulate a steam injection oven using a pan with boiling water and some rolled towels, I do this when I make bread

so in therory wUBBuh WuBBa

Whose here after "adam ragusea eats his son"?

I can’t risk separating those eggs all at once.

yeah i stopped listening after he said " math is your friend " !! yeah as if my friend would make me suffer and not sleep for a semester

I think the correct term is "dry flan"

I am portuguese and I love it

PS Castela has only one l

so portuguese people actually did something

you sure that water safe inside oven like that?

I live in Malaysia. what a coincidence

Bruh u gonna make me act up🥴

can anybody also smell the cake when he cut it?

U should add a pinch or two of Salt to the eggwhites. It enhances the volume even more

Portuguese actually call it "pão de ló". Castella sounds and is a spanish name or something...

do it jiggle tho?

that cake is gonna make me act up

I had to give up the moment he said math is associated with the procedure :/

The Jiggly cake makes me mallow out

My dad does those all the time, ngl the taste kinda sucks

anyone else notice how JACKED adam is?

Hey, i understand math but he's not my friend

you have good eats vibes
Потврди 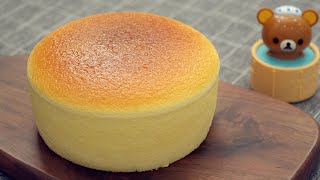 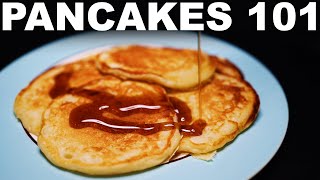 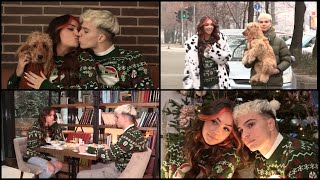 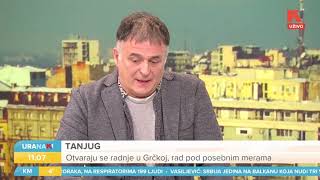