Denmark's annual medical conference, Doctor Week, was held in Copenhagen November 11-15, 2019. Medical professionals attending the conference continued to pay attention to the Chinese Communist Party's (CCP) state-sanctioned organ harvesting from living Falun Gong practitioners. Representatives of DAFOH (Doctors Against Forced Organ Harvesting) discuss forced organ harvesting in China during Doctor Week, an annual meeting of medical professionals held in Copenhagen. The five-day event was attended by approximately 3,500 medical professionals from Denmark, Greenland, and the Faroe Islands. A small number of Nordic doctors and nurses also attended the meeting. The international non-governmental organization DAFOH (Doctors Against Forced Organ Harvesting), hosted a booth and informed attendees about the Chinese regime’s live organ harvesting from prisoners of conscience, including Falun Gong practitioners, people from Xinjiang and Tibet, and Christians. Medical professionals learn about the CCP's live organ harvesting during Doctor Week, November 11-15, 2019. “This is Total Evil” Sara, a general practitioner, said after watching an interview about forced organ harvesting, “This is really terrible. I knew a little about this before. Such a serious matter does not seem to be widely known in society today, which is worrying.” Medical researcher Per went to the booth after hearing about it from his colleague. When he learned of the number of transplant hospitals in China, the short wait time for organ transplants, and how Falun Gong practitioners are being used as living organ donors because of their good health, he said, “It’s too terrifying! [The CCP’] actions are disgusting, and this is a systematic operation. This is totally evil.” State Crime Johnny has long been concerned about China-related topics and the CCP's persecution of different groups. He said, “I have a certain understanding of the CCP and know that there's nothing they won't dare to do. The killing on demand for organ transplant without any concern once again redefines my understanding of the CCP.” Morten said, “As a doctor, one promises to follow the Declaration of Geneva: respect for life, provide medical care with conscience, and not use medical knowledge to harm life even under threats. This group is used by the CCP to kill people. This is a totally unacceptable crime.” Katerina is from the Danish branch of an international health care facility. When she talked with DAFOH staff and saw the prices of organs and the short wait time in China's transplant hospitals, she said, “This is totally a state crime.”

I'm a BIG coffee drinker/lover! With that i wanted to try Emma's coffee.. Although when first coming out ppl was saying they never received theirs.. Sooo.. Does anyone know if their is still an issue with getting your order?

Broo i hate that part of the egg too!

That hair looks really good tho

Can we talk about how her hair looks kinda yellow🙂📒📒(I’m so sorry just trying to help💛💛;)

Her face when someone knocked on the 😂

*So you and Jojo Siwa did a switch-a-roo*

omg for a moment i forgot she was blond

im laughing so hard at the face mask story omg 😭

i think it’s to light

Emma bro go back to putting more effort into your channel 😭😭

I dont remember asking Gtfo of my reccomended page

no WE LOVE IT!! deff matches your baddie personality ;)

Emma we love u & all the blondness & tmi stories

whenever she's blond she has zero acne what

I love the hair so much 😻

why would you ever cook an egg like that jw

Make a video potty training your cats. Thanks

people who haven't seen Emma's videos in a while: Ah yes Emma Chamberlain. Remember when she was blonde? Everyone else: what do you mean she IS blonde-

i think it’s to light

That little thing in the eggs is the chicken baby! I take it out too 🤮

4:31 Kids. Dont ever think of what other people think of you . Cuz its bad and untrue. That kinda rhymed tho😅

Ok but your black hair is my favorite

Dont come down here. It's going to spoil the vid.😋

Ok why would she kill is she died the front two strips of her hair pink or light green?

The yellow/warm blonde washes her out a little. I think an ash/silver blonde would looks prettier on her

We stan a girl that loves almost burnt eggs

Is she not vegan anymore?

that would probably suit her! Would you mind checking out my new videos :) I´d appreciate it sm

omg yes Would you mind checking out my new videos :) I´d appreciate it sm

im just asking can u make a video u trying lilla shampoo ?

looks like it needs to be toned or something

yea toning it a light shade of purple or something like that would make it look less yellow.. btw I uploaded a few new ideos recently, it would mean sm to me if you could check them out :)

I love your hair blonde

Never liked her as a brunette. Just saying

hahahaha omg btw would you mind checking out my new videos :) I´d appreciate it sm

yessss she seems to be doing good atm btw would you mind checking out my new videos :) I´d appreciate it sm

kinda, right hahahah Would you mind checking out my new videos :) I´d appreciate it sm

maybe she just wasn´t as stressed as usually, my friends skin got clear over quarantine too btw would you mind checking out my new videos :) I´d appreciate it sm

um HOW MANY CLOTHES OMG GIVE MEEEE THEM

You’re hilarious, I love it. Also, secret to the blonde you want is toner AND purple shampoo... get into it 😝

just wanted to say that too lmao

I honestly just wish I was her. 1. She is the most naturally prettiest person ever. And she is just so relatable which makes me happy.

Btw the hair looks good on you 🥳🥳🥳

Be careful when you cut the avocado yaa. 🙂 Don't want you to get hurt 😥😥

why are you not social distancing?

What the hell is this and why are all of you watching it?

It makes you look sick, not your color girl

girl u are glowing the face masks work

me watching this as i just went blonde 👁👄👁 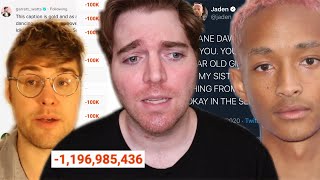 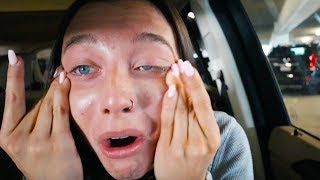 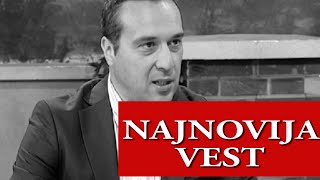 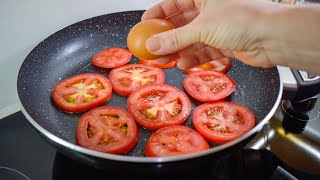